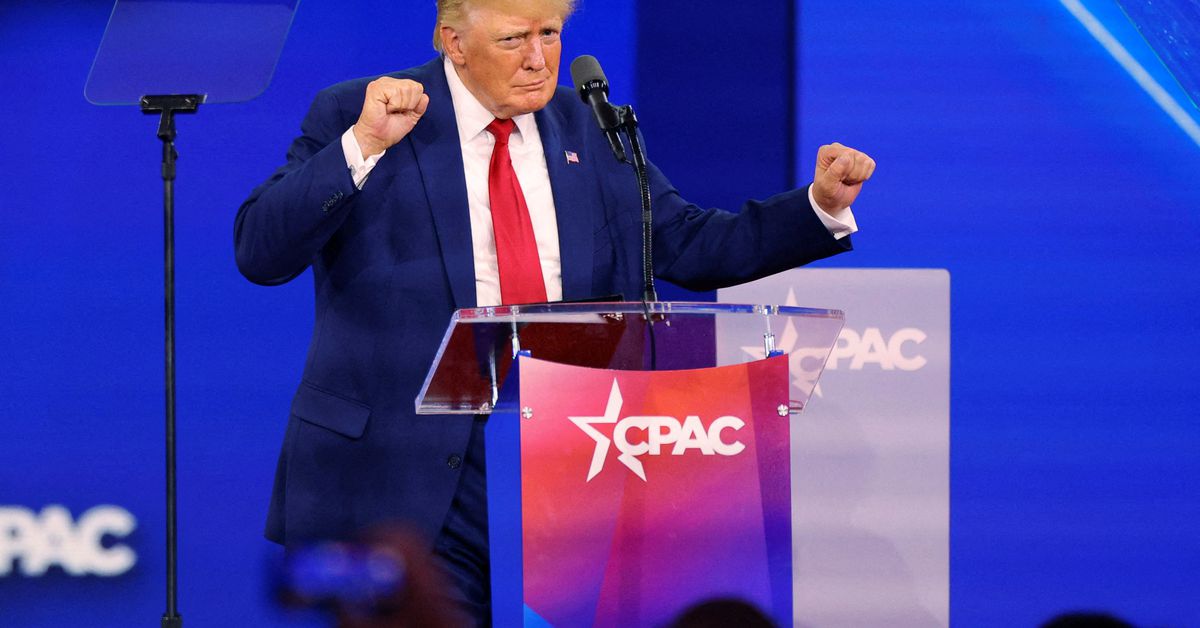 Aug 16 (Reuters) – Donald Trump’s campaign to oust congressional Republicans who supported his impeachment gets its last major test of the U.S. midterm primary season on Tuesday, when Liz Cheney and Lisa Murkowski face challengers backed by the former president.

U.S. Representative Cheney, who has played a key role in the congressional probe of the Jan. 6, 2021, assault on the Capitol by Trump supporters, is expected to lose her Wyoming primary to Trump-backed Harriet Hageman, according to opinion polls.

The fate of U.S. Senator Murkowski of Alaska is less clear, as the state’s nonpartisan primary format allows the top four vote-getters to advance to the Nov. 8 general election, which could bring a possible rematch of Murkowski and Trump-backed Kelly Tshibaka.

Both states are reliably Republican, making it unlikely that either will play a major role in deciding whether President Joe Biden’s Democrats lose their razor-thin majorities in Congress. Republicans are expected to easily retake the House and also have a good chance of winning control of the Senate.

A majority in either chamber of Congress would allow Republicans to bring Biden’s legislative agenda to a halt. Already they threaten to launch potentially damaging investigations into his administration should they win.

Alaska voters will also determine whether to pick Sarah Palin, a Republican firebrand and former governor who Trump has endorsed for the state’s only House seat.

Cheney, the daughter of Republican former Vice President Dick Cheney, has used her campaign – and her position on the Jan. 6 committee – to try to keep attention on Trump’s actions around the Capitol riot, and his continued false claims about fraud in the 2020 election, to try to persuade fellow Republicans the former president is a threat to democracy.

Terry Sullivan, a political strategist who managed Republican Senator Marco Rubio’s 2016 presidential campaign, views a Cheney loss on Tuesday as a “foregone conclusion” but sees her efforts as part of a larger battle.

“Liz Cheney isn’t fighting for re-election, she’s fighting for the direction of the Republican Party,” he said, noting that some observers have discussed whether Cheney should mount a presidential campaign in 2024. “It’s more of a kind of a beginning, not an end.”

Two recent polls show the challenge facing Cheney, whose relentless criticism of Trump as an existential threat to democracy has turned off many Wyoming Republicans, despite a congressional voting record that supported Trump’s agenda.

Cheney trailed Hageman 52% to 30% in a survey of likely primary voters from July 7 to 11 published by Wyoming’s Casper Star-Tribune. A University of Wyoming poll released last week put Hageman’s lead at 29 points.

Supporters of Cheney believe she still has a shot if enough Democrats and independents cross over and vote for her, which is allowed in the state’s primary system and whose numbers may not be fully captured in the polls.

Jim King, professor of political science at the University of Wyoming, said Cheney’s opponents have painted her positions on impeachment and the Jan. 6 committee as adverse to the interests of Wyoming, where Trump won 70% of the vote in 2020.

“All of this plays into the same thing, that ‘She hasn’t represented us,'” King said, adding that the consistent distance in the polling indicates Cheney will lose. “I don’t see at this point there is any reason to question those results.”

Cheney was one of 10 House Republicans who voted to impeach Trump over the Jan. 6 Capitol riot. Three others have already lost their primaries, four decided not to run again and two won their contests.

Most of the candidates Trump has backed this election season have triumphed in a sign, his supporters say, of his continued sway over the party as he considers whether to run for office again in 2024.

It is unclear yet what the impact on the midterm elections will be of the FBI’s retrieval of top secret documents at Trump’s Mar-a-Lago home as part of an investigation into possible violations of the Espionage Act.

Cheney’s backers have drawn some optimism from state voter data, which shows a 11,495 increase in the number of registered Republicans since the start of the year through Aug. 1, while registered Democrats have fallen by about 6,000.

Their hope is that those numbers represent Democrats registering as Republicans as a way to boost Cheney, although the Republican increase is only about 8% of the primary turnout in 2018 – not enough to make up for the polling gap.

Similar to Wyoming, Trump’s endorsements in Republican-leaning Alaska are unlikely to provide an opening for Democrats. But they have elevated Tshibaka, who is trying to take Republican Murkowski’s Senate seat.

Under new laws which eliminated partisan primaries and introduced ranked choice voting, Murkowski is expected to be among the top four vote-getters to advance to the general election, with Tshibaka as her most serious opponent.

Murkowski, a moderate who voted for Trump’s impeachment, is seen as the front-runner.