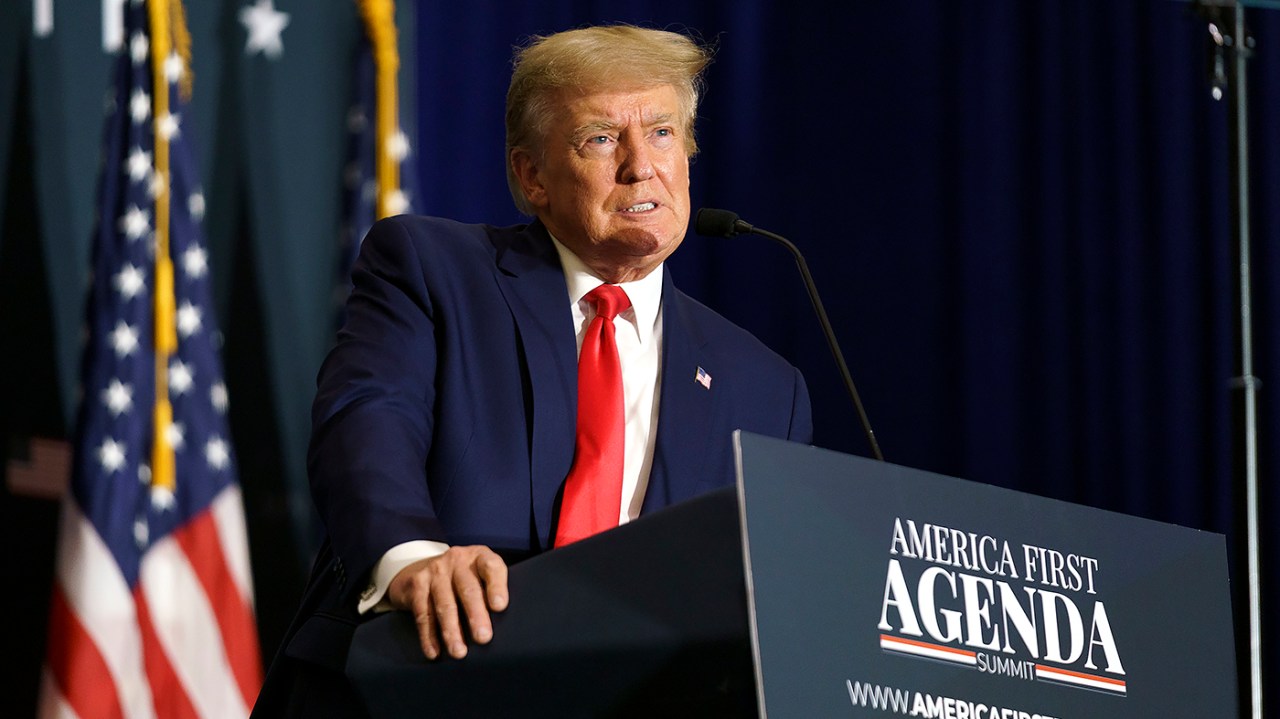 Former President Trump outlined steps for the GOP to take if they win back control of Congress in November during his speech Saturday at the Conservative Political Action Conference’s (CPAC) convention.

Trump said the midterms need to be a “national referendum” on President Biden and Democratic control of Congress, and Republicans must ensure Democrats have a “crippling” defeat. His speech at the convention in Dallas, Texas concluded its third day.

Trump pointed to candidates he backed in primaries on multiple occasions like Tudor Dixon, the Republican nominee for governor of Michigan, and Kari Lake, who won the GOP nomination for governor of Arizona.

He said GOP candidates should campaign on holding the Biden administration accountable and working to “shut down” the southern border, reduce crime and beat inflation. He said restoring “public safety” is the first job for the next Congress, and he knows the Republicans who are running are “not going to play games.”

Trump reiterated his call for instituting a death penalty for drug dealers. He said China does not have any drug issues because it executes drug dealers following swift trials.

He said the process “sounds horrible” but would be effective in bringing down drug dealing.

Trump said congressional Republicans should make clear that no money will be provided to funding Biden’s “open border agenda.”

Republicans have sharply criticized the Biden administration for increases in the number of undocumented immigrants since he took office. Biden lifted several Trump-era policies after becoming president, most recently Title 42, a pandemic-era policy that allowed the federal government to quickly expel undocumented immigrants and prevent them from seeking asylum.

Trump said the country needs a “record” increase in the number of Immigration and Customs Enforcement agents to deport undocumented immigrants, and the government should implement tougher penalties for repeat offenders.

Trump said teaching any inappropriate “racial, sexual and political material” to schoolchildren “in any form whatsoever” should be banned, and if federal officials push this “radicalism,” the Department of Education should be abolished.

He backed several other cultural issues that have become key parts of many Republicans’ platforms, like banning transgender individuals from playing a sport with the gender they identify with and ending a “censorship regime” to protect free speech.

He said the next Congress has many urgent tasks to address, and there is no time to wait.

Trump also hinted at a potential third run for the presidency in 2024, saying that he won millions more votes in 2020 than in 2016 and that “we may have to do it again.”

Trump told New York Magazine last month that he has already decided about whether to run again, but the big decision will be whether he announces before or after the midterm elections

He said the country’s comeback will begin in November with the midterms, but 2024 will be the “big one.”