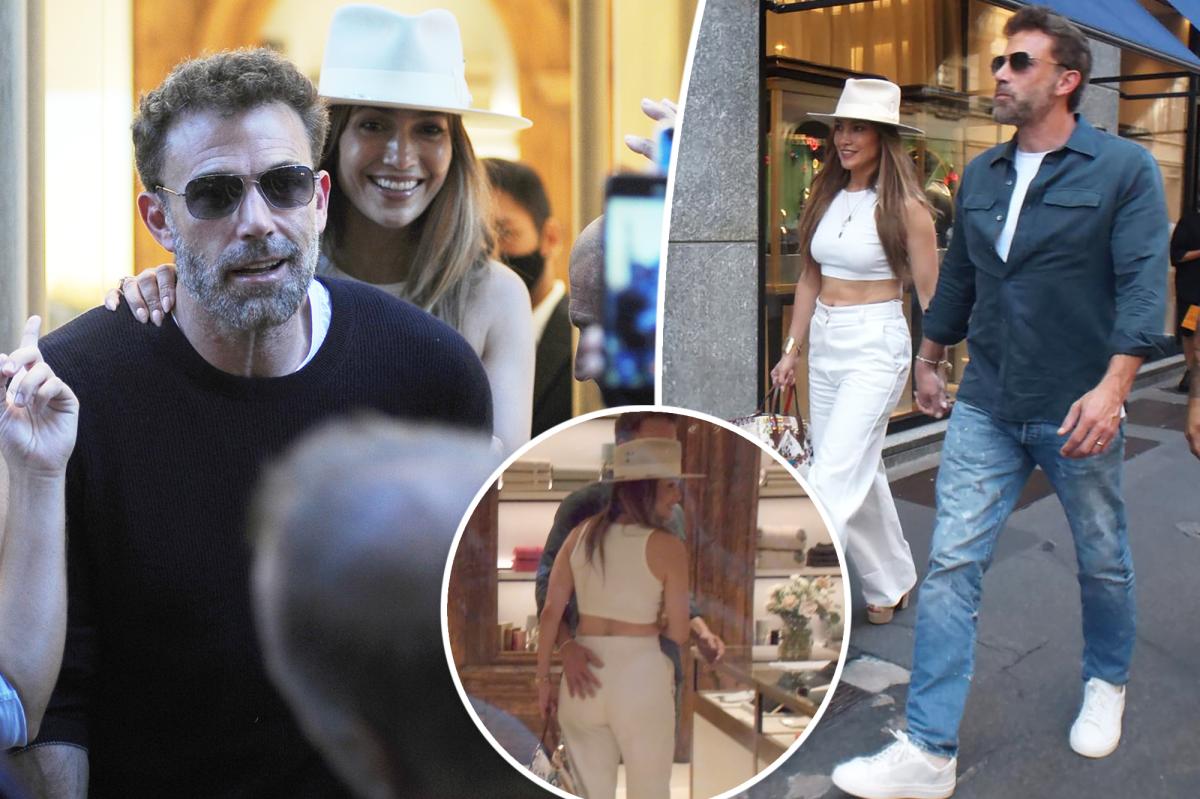 Maybe love does cost a thing.

Jennifer Lopez and Ben Affleck enjoyed a luxury shopping spree during their second honeymoon in Italy.

Paparazzi caught the “Jenny From the Block” singer, 53, and the “Argo” actor, 50, stopping by the Brunello Cucinelli store in Milan.

Lopez and Affleck also checked out duds at Valentino, where a horde of fans waited outside for a glimpse of the newlyweds.

Lopez — who wore an all-white ensemble showing off her enviable abs — waved hello to the pair’s admirers.

Meanwhile, Affleck — dressed casually in jeans, a T-shirt, a button-down and black sweater —  managed to crack a slight smile at times.

As Page Six previously reported, Affleck was perturbed by the photographers who trailed him and Lopez during their first honeymoon in Paris. The duo enjoyed a romantic — and heavily documented — French getaway last month after their surprise Las Vegas “I dos.”

“Ben was a little freaked out in Paris,” a source told us at the time. “This was a whole new level.” Adding, “an almost Princess-Diana level.”

Bennifer received unprecedented media attention back in 2002 during their initial run as a couple.

They even had to postpone their first planned wedding in 2003 after they were forced to go so far as to consider having “decoy brides” on their doomed big day.

In a statement released the day before the original nuptials, they said, “Due to the excessive media attention surrounding our wedding, we have decided to postpone the date.”

Lopez and Affleck never rescheduled, but eventually reignited their romance in 2021. Following their Sin City ceremony, the two exchanged vows yet again at Affleck’s Georgia estate on Aug. 20.

It wasn’t long before they jetted off to Italy. While Lopez and Affleck were photographed enjoying a leisurely lunch at the Grand Hotel Tremezzo in Lake Como, the Oscar winner was caught staring at pictures of his bride on his phone, according to photos obtained by the Daily Mail.

Lopez and Affleck have also been photographed in Italy enjoying a private boat ride and shopping for home goods.