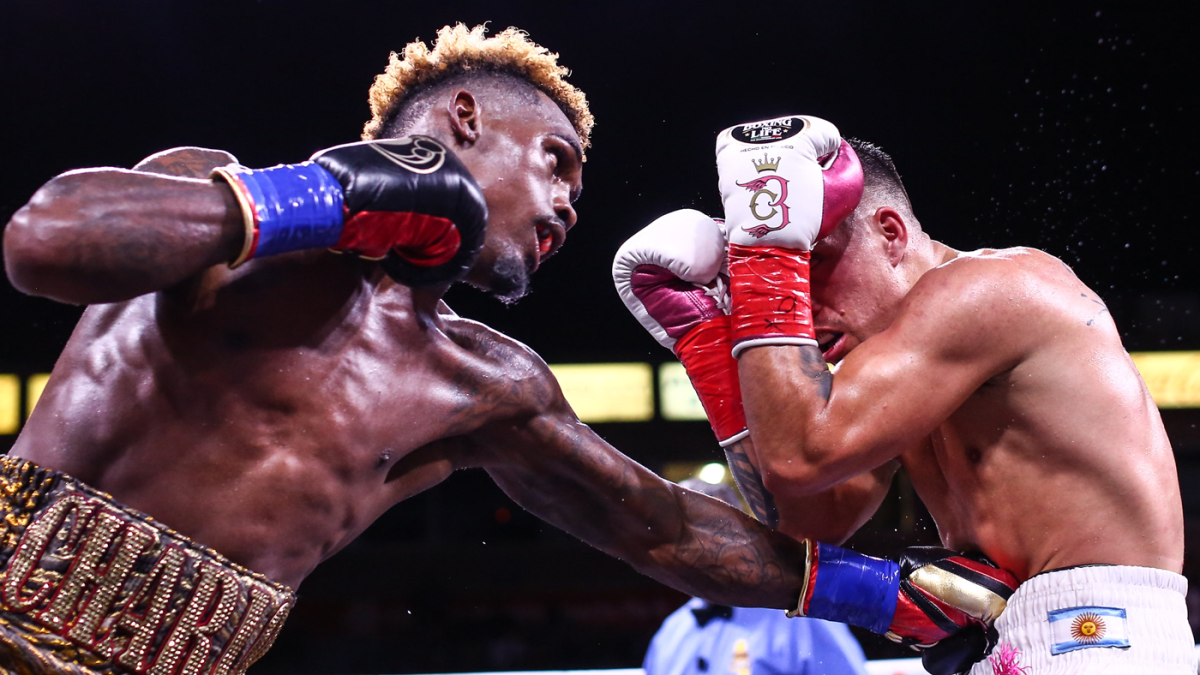 The first fight between Jermell Charlo and Brian Castano was a thriller with an inconclusive result as the four-belt junior middleweight unification ended in a split draw. The two rematched on Saturday night with both men looking to make a statement. The two did just that as both delivered thrilling moments in the ring before Charlo scored a knockout in Round 10 to become the division’s undisputed king.

The fight got off to a delayed start after Castano arrived late to Dignity Health Sports Park in Carson California. With Jaron “Boots” Ennis handling business in the co-feature in just two rounds, Castano needed time to have his hands wrapped, work up a sweat and get gloved up.

If the delay in the start of the fight had any impact on Charlo, he did not let it show. Charlo immediately showed some key adjustments to the July 2021 clash with Castano, pumping out a steady diet of jabs and being far less content to stay with his back to the ropes as Castano bulled forward.

Castano would eventually start to find success with his forward movement, landing good right hands in an attempt to shut down Charlo’s jab. As Castano found more success, Charlo responded with some heavy left hook counters and the action ramped up dramatically with both men landing brutal power shots.

As the fight moved into the second half, Charlo’s movement again took over the fight. Castano was able to let his hands go with success less frequently and Charlo began to clearly key in on his attempt to land a fight-changing left hook.

In Round 10, that left hook finally came as Charlo landed a shot that led Castano to hit the canvas on a delayed knockdown. While Castano beat the count, Charlo stormed forward with a fight-finishing flurry, ending on an uppercut and a left hook to the body.The fight closes out a two-fight rivalry that saw both men show off tremendous heart and skills but ends with Charlo as the man holding four world championships at 154 pounds.

Asked about the delay to start the fight, Charlo brushed off the situation affecting him in any way.

Charlo and Castano exchanged kind words after the fight, with Castano saying the difference between the draw and the knockout loss being simply, “that he hit me.”

Having now captured all four world titles at 154 pounds, Charlo suggested his future may be an attempt to do the same one weight class up.

Can’t get enough boxing and MMA? Get the latest in the world of combat sports from two of the best in the business. Subscribe to Morning Kombat with Luke Thomas and Brian Campbell for the best analysis and in-depth news, including instant analysis of Charlo vs. Castano 2 from Los Angeles below.

There is one issue with any potential middleweight takeover, however, as Charlo’s twin brother Jermall holds the WBC world championship at 160 pounds.

CBS Sports was with you throughout the entire way on Saturday, so be sure to follow along with the live results and highlights below.